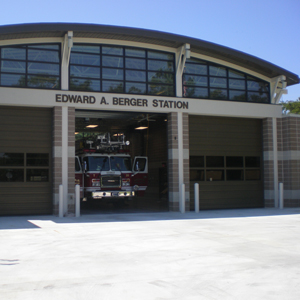 Watermark Design Group and Thompson Engineering worked together to provide architectural and engineering design services for the City of Saraland’s new, 8,728 square foot fire station. Built to allow the city to provide faster safety services to its growing population, the fire station features three bays for a trio of emergency response vehicles.

The Saraland fire station design is a popular one, and has since been modified to fit the needs of the Poarch Creek Indians and the City of Mobile. The Band of Poarch Creek Indians asked Watermark Design and Thompson Engineering to adapt the design and provide the same services for a 9,091 square foot version, which displays the tribe’s colors. A third fire station of similar design serves a crew and residents in Theodore, Alabama. The 9,322 square foot fire station features several additional amenities such as a natural gas generator, a “Trillion” cell communication tower and a state-of-the-art visual and audible alerting system. The fire station was modified to house a 42-foot ladder truck and a pump truck in the same bay, allowing for maximum use of the area. 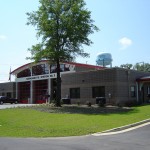 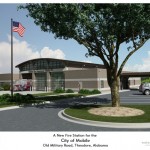 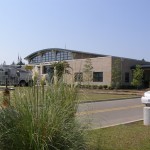 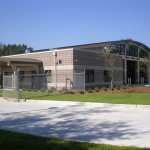 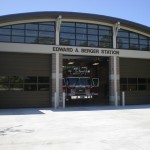 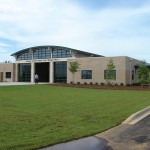 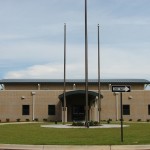 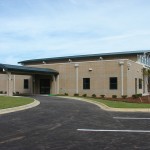